What is Chin Aesthetics (Kybella)?

The main purpose of the chin esthetics procedure is to remove the abnormalities in the jowl area remaining in the face and décolleté area. For this reason, excess fat tissues in the jowl area are removed from the body with jowl liposuction technique. If the sagging of the jowl is caused by the sagging of the skin on the neck, the skin in question is stretched during the procedure and the neck area of ​​the person is made to look more aesthetic. Make-up can be applied to cover various deformities, bruises, sagging and wrinkles in the face area. However, such techniques are not effective for jowl sagging. The only way to change the contour of your jowls is to use a laser.

Before going into details about the jowl aesthetic technique, it is important to define what is chin esthetics, what the jowl is. The jowl is the area between the lower part of the chin and the beginning of the neck. The fat layer in the jowl area may thicken or the skin on the jowl may loosen from time to time. As a result, the jowl becomes much more conspicuous and causes many people to worry about their appearance. Shape or image problems in the jowl area can be caused by various factors. Chief among these reasons are:

What are the Causes of Jowl Sagging?

When the person’s age progresses and the skin loses its tension, the jowl area normally begins to sag. However, this scenario may occur in people who are not older, and the desire to have chin aesthetic may occur. Sagging jowls are also caused by excessive weight gain and lubrication of the neck area. Before the treatment of chin aesthetics, the biggest cause of jowl sagging in the person should be determined. Thus, the most suitable method for the person will be selected. The most typical causes of jowl sagging are:

Who Should Have Chin Aesthetics?

People who are worried about the appearance of their jowl and who do not have a health problem that prevents them from undergoing surgery can have it done. Neck lift can also be used in advanced ages in addition to jowl aesthetics. As a result, the person looks younger and feels better.

As long as the person pays attention to his lifestyle, chin aesthetics is a permanent and non-repetitive aesthetic type. In order for the surgery to be permanent, the person should pay attention to weight gain. Because if the person gains too much weight after chin aesthetic, additional lubricant may occur in the neck area. In addition, even in people who age after jowl surgery, the skin may lose its initial elastic appearance due to aging. In no other case, there is no need to repeat the jowl aesthetics.

How to do Non-Surgical Chin Aesthetics?

Medical chin aesthetics is a non-surgical option for people who do not want to have surgery. The most important difference between non-surgical and surgical chin aesthetics is that non-surgical techniques are not permanent. Various techniques are used for Non-surgical chin esthetics. Thermage, a monopolar radiofrequency wave, is the first of these. By using these radio frequencies, it is aimed to tighten the area by giving heat under the skin in the jowl area. In addition, ultrasonography can be used to remove unwanted images in the jowl. During the ultrasound process, sound waves are targeted to the chin and the fat tissue in the area is reduced.

Mesotherapy is another non-surgical chin aesthetic procedure. Sagging and loose skin around the jowl can be treated with mesotherapy. However, this process requires multiple sessions and can take up to two months to complete. At the end of the procedure, the fat tissue behind the jowl melts and sagging decreases. Although non-surgical jaw surgery is easy to perform, it is generally not preferred because it is not permanent. The person should repeat the application in certain periods. This is not the case in surgical chin aesthetics. It does not require additional surgery unless she gains excess weight or ages prematurely. 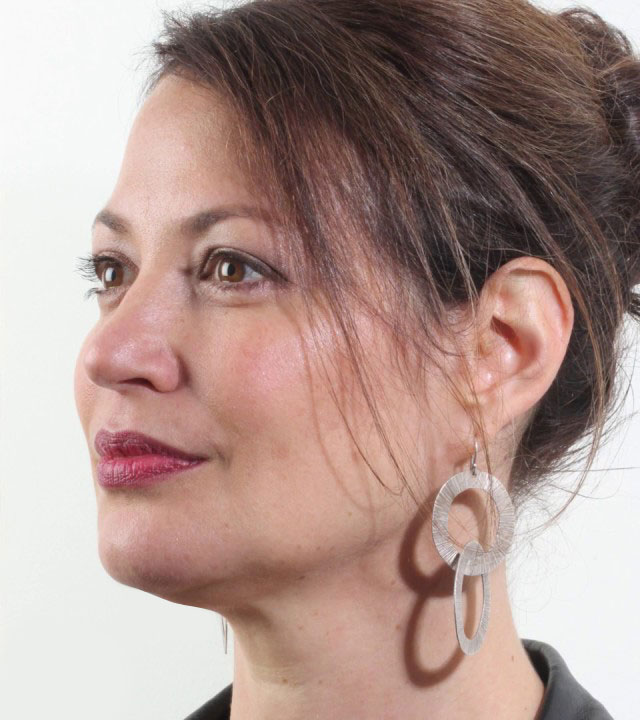 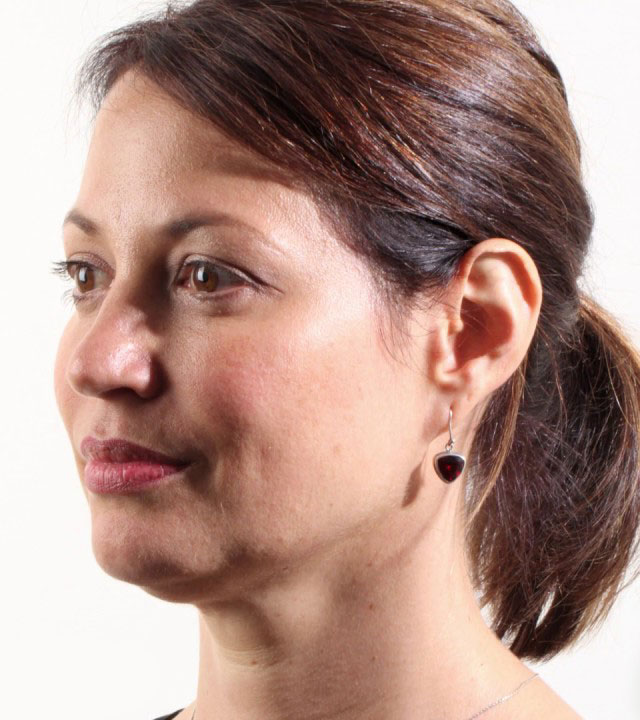 What Should Be Considered After Chin Aesthetics?

After the chin surgery, the patient should definitely take the medications given by the doctor and sometimes the necessary creams. One should follow the rules of cleanliness by adopting a healthy lifestyle and avoid excessive weight gain. In most cases, local anesthesia is generally used in the chin surgery procedure. People who have chin aesthetics under local anesthesia are discharged shortly after the procedure and do not require hospitalization.

After plastic surgery, the patient should avoid activities that will tire him out, such as heavy lifting, and should rest frequently. After lipolysis procedures such as Vaser Lipo or laser lipolysis are performed, patients should wear a specially designed corset. Patients may experience mild pain and discomfort for up to 5 days after treatment. If the person has mild to moderate pain, various medications can be used. People who have swelling or bruising in the jowl area after surgery can apply ice to the area or use any bruise cream. Serious side effects are rare after surgery, but a patient should call their doctor right away if they experience serious discomfort.

There is no process that prevents daily life in the non-surgical chin aesthetic procedure. After your procedure is completed, there may be pain, redness and bruising. But don’t let these worry you. This is a temporary situation.

What is Kybella Chin Aesthetics?

The following answer can be given to the question What is Kybella; It is a fat burning injection that targets extra submental fat known as jowl. Deoxycholic acid is a naturally occurring chemical that helps break down and absorb oil. Nipple aesthetic kybella is an injectable drug that targets and destroys fat cells under the chin. The body then expels the lost fat, ensuring that there is no fat storage in the area in the future.

The jowl area can be a source of discomfort for anyone. Weight gain, pregnancy, lifestyle or aging can cause excess fat to accumulate in the jowl area. However, it is quite simple to get rid of this situation with kybella treatment, which is a non-surgical treatment option. Kybella treatment is a very reliable method as it is approved by the FDA for the treatment of sub-chin fullness and adipose tissue.

Although Kybella treatment is a very safe operation, as with any medical procedure, it comes with some dangers. At the beginning of these dangers, first of all, it is due to the inadequacy of the choice of physician and, accordingly, the wrong application. For kybella treatment, a marker is created in the oil production areas in the neck area and under the chin, and then kybella treatment is applied with extremely fine injections. The full procedure should not take more than 30 minutes. Swelling is common after treatment. It may take a few days. Depending on the treatment, swelling is more evident in the first 48 hours or more.

For information, you can come to our health center and get opinions from our doctors. 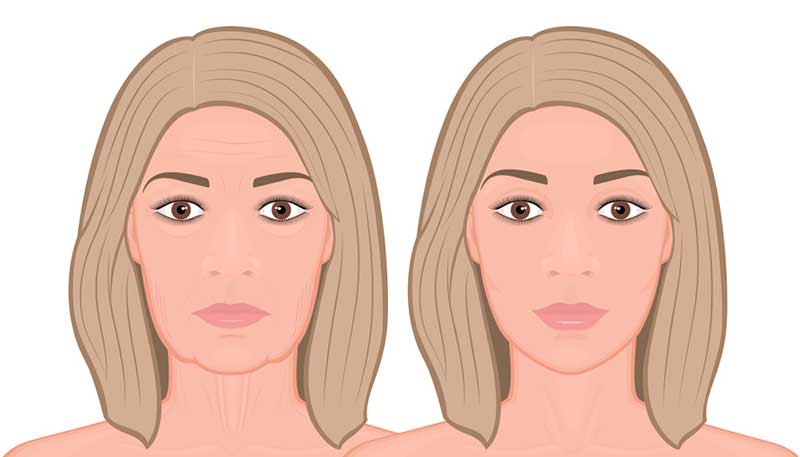 What is Tickle Removal? How To?

Liposuction is a technique that can be used in chin aesthetic surgeries. The fat in your jowl area is removed by vacuuming at the rate recommended by our aesthetic surgeons. This is called no tickle. Very thin cannulas are used to penetrate the food. It only takes a few minutes to complete the process. It is possible to perform this under local or general anesthesia. You can go home after the surgery. In some patients, sagging in the neck area and lubrication in the jowl area can also be removed. In this case, liposuction and stretching are used. The procedure takes a long time and should be done under general anesthesia. After the liposuction procedure, you will be given a special bandage from your head to your chin. It is recommended to wear this head corset for three days. You may have mild discomfort for the first two days. With the medicines prescribed by the doctor, you can relax and enjoy the process. The person who has chin aesthetics can return to his daily routine within ten days. Healing of edema and bruises that will occur after chin surgery will take 3-5 days. Within 3-4 days, the patient can return to work in a controlled manner. The risk of scarring after chin surgery is very low. Over time, these traces disappear completely.

In some patients, sagging in the neck area and fat accumulated in the jowl can also be eliminated. In this case, liposuction and stretching are used. The procedure should be performed under general anesthesia due to the length of time involved.

The prices of double chin aesthetics vary according to the doctor performing the procedure and his experience. For this reason, you should choose a health center that instills confidence in you. In addition, the tickle removal price operation under local or general anesthesia also affects the cost. Apart from that, you can come to our health center for liposuction treatment and benefit from free consultancy service and get information about both the process and pricing.

What is the Price of Non-Surgical Double Aesthetics?