The skin covering the human body is always dry and thin. Let’s give detailed answers to all the questions you may have about What is chin aesthetics and how it is done. Loss of fat and connective tissue proteins such as elastin and collagen that protect the skin structure, the effect of sun rays, cell death, fat accumulation under the skin due to excess weight and other factors make it difficult to keep the skin inside. As a result of these results, the skin becomes oily and loses its elasticity. The skin surrounding the cheeks and lips is exposed to gravity and gradually falls to the area under the chin known as the chin and jowl, causing a bloated and ugly appearance (under-chin fullness-submental fullness) and causes the jaw lines to lose their clear appearance.

Another cause of abnormal jowl growth is a smaller-than-normal chin. Jaw filling and chin prosthesis can help in this regard. Today, the majority of people struggle with regional weight loss. People who use non-medical measures such as sports, exercise and nutrition but do not see results often prefer aesthetic applications. Aesthetic procedures performed to reduce sagging and fat accumulation in the chin and under the chin area are called Chin Aesthetics. jowl aesthetics; It can be used in a variety of settings, from surgical to non-surgical.

The most popular approach to the elimination of subcutaneous fat is the burning / melting of the fats using laser beams and then removing them from the body. The jowl area is also included in this process. Liposuction or lipolysis methods are applied to remove the melted fat from the body. Laser jowl liposuction is highly preferred. In the liposuction procedure performed under general anesthesia (cannula – cannula), the fats melted under the skin are removed from the body by aspiration/suction with the help of a thin artificial tube. After the procedure, the patient heals for 3 to 4 days and the bruises continue for two weeks. You need to wear a corset for about a month. Because this is a surgical treatment, it is more costly and possibly riskier than lipolysis, as anesthesia is used. In addition, if it is used again, a more painful period will be experienced.

There is no need for any pre-treatment before Laser Lipolysis and Chin Aesthetics. Pregnant and lactating mothers, high blood pressure patients, those who use blood thinners, those with skin conditions, allergies and those who have had facial surgery before should inform their doctor before applying. The applied laser breaks down the fats by damaging the fat cell membranes (lipolysis), breaks down the tightened connective tissue and collagen by losing its flexibility, and accelerates the synthesis of new connective tissue and collagen. Fats melted by laser are not removed from the body. The fat that melts over time combines with the blood and is excreted from the body through urine within an average of 3 months. When necessary, fat can be removed with a cannula similar to liposuction, but with much thinner cannulas.

The use of laser lipolysis and dual aesthetics offers several advantages compared to alternative techniques:

When is Chin Aesthetics Performed?

The jowl and neck area of ​​the face is the area where the most tension and relaxation is felt. Skin sagging around the jowl is inevitable, especially in middle-aged, overweight and small chin adults. The lubrication of the chin and the loosening of the skin cause the face to appear both longer and 5-10 years older. As a result, after the age of 30, double chin aesthetics is mostly preferred. Early intervention is very important for jowl-related disorders. As a result of fat accumulation and skin laxity. In the early stages, it is possible to find a solution without removing the skin or creating significant incisions. When the neck sags, treatments such as neck stretching are required and the complication rate increases. 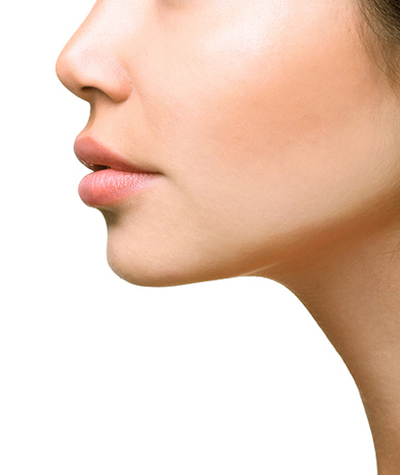 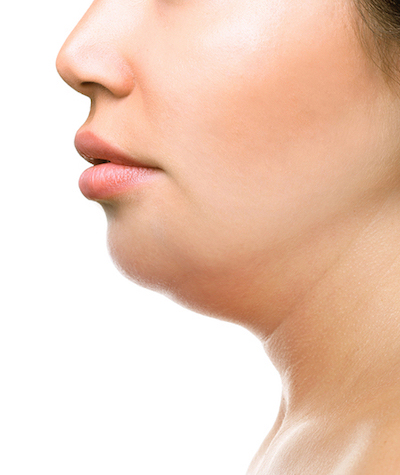 What are the Non-Surgical Chin Aesthetics Methods?

Medical aesthetic methods have also been created for people who are worried about surgical operations. The most frequently searched topic is how to do chin aesthetics with laser. Thermage, a monopolar radiofrequency device, is one of the most commonly used devices for skin loosening in the jowl and neck area. This treatment creates a significant heat and tightness under the skin, as well as a silky appearance on the skin surface.

Focused ultrasound is one of the non-surgical chin lift treatments. The sound waves used during the treatment minimize the lubrication under the jowl and make the skin appear tighter.

Gold needle treatment is one of the non-surgical jowl stretching procedures. Fractional radiofrequency generates heat and is given under the skin with tiny needles and starts to trigger collagen formation again. The purpose of this procedure is to re-tighten the jowl and neck area. The golden needle technique is planned in sessions according to the needs of the person.

Mesotherapy is a technique used to treat jowl sagging and loosening. Mesotherapy, which uses small needles to melt the fat in the jowl area, is a session-based procedure. At the end of two months, the jowl area becomes tense and tense.

How Much Are the Prices of Tickle Laser Lipolysis?

The sooner the chin aesthetic is performed, the more perfect the desired result will be achieved. Patients who are interested in chin aesthetics should first visit our Yoo Retouch clinic and get complete information about the procedure from a specialist plastic surgeon. As Nipple lipolysis prices are revised annually, new pricing is announced to patients with the arrival of 2022. Aesthetic fees are determined according to the condition of the person.

It is not possible to give an exact figure for Laser Lipolysis and non-surgical chin esthetic price. Because each application has its own specific requirements. Since the region where the laser will be applied will vary according to the demands and demands of the patient, it will also affect the prices. In addition, the Ministry of Health has stated that the written disclosure of cosmetic intervention fees will lead to unfair competition and that sharing is unacceptable. If you are uncomfortable with your jowl area due to sagging of the chin and under the chin, if you want to have a more attractive appearance and get rid of lubrication, we invite you to our Yoo Retouch clinic as soon as possible or you can reach us from our contact information. You can get treatment and more comprehensive information in our center, which highlights your special requests and needs.